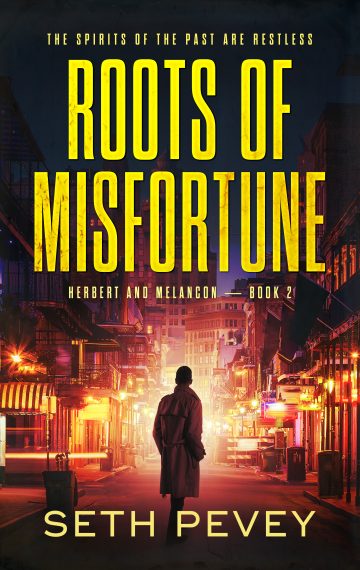 This gripping, page-turning thriller from the author of The Krewe, delves deeply into the mysterious, tragic, and dark world of occult New Orleans and its sordid history.

​The dead girl is holding roots, one grasped tightly in each palm, when the NOPD finds her mangled body out on Interstate 10.

David Melancon has gone independent. The corruption on the force was just too much for an old detective who doesn’t play ball. But there is something eerily familiar about the details of this young girl’s demise as he reads them in the Picayune. Something deeply personal. Something he can’t drink his way past this time.

But he’s got his young and naïve partner, Felix Herbert, to think about. The boy hasn’t even let the ink dry on his newly-minted PI’s license. He just isn’t ready for this kind of case.

Yet, when another girl goes missing the same week, a knock at the door ensures the two unlikely partners won’t have a choice. They soon find themselves entangled in an ever-thickening web of cruelty, violence, and revenge.

As they search for the missing girl, they’ll confront Voodoo priestesses, Mardi Gras Indians, and a secret at the root of things so terrible that, once uncovered, will change David Melancon’s life forever.